FREE SHIPPING ON ALL ORDERS WITHIN THE US.

FREE SHIPPING ON ALL ORDERS WITHIN THE US. 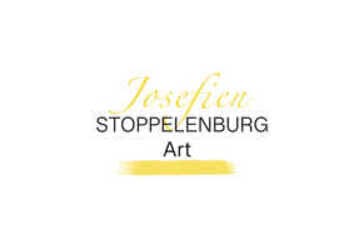 has garnered international praise and attention for her colorful and imaginative paintings.  A keen admirer of Marc Chagall, Paul Gauguin and Odilon Redon, Josefien has been a lifelong student of art and art history. She has presented exhibitions in the Netherlands and the USA. Stoppelenburg's work was used as opera sets, as cd covers, as post cards, in magazines, and her personalized paintings are in many private homes. She has exhibited her work in galleries, hospitals and art fairs. She just sold out on her third series of Note Cards. She created artworks for the Green Lake festival of Music, the Boulder Bach Festival, the Peninsula Music Festival, the Arizona Bach Festival and was the Artist- in- Residence of the Evanston Art Center (Illinois).Her lectures on Art and Music were featured in the Chicago Artist Month in 2014.

In 2014 Josefien painted a commission while being in the Netherlands, for Stephen Alltop, during his Lecture on Art and Music in Evanston for the Northwestern University Continuing Education Series, for an audience of 400 who watched the process live over Skype.Josefien’s work is inspired by nature, dreams and music. Her fascination with painting is deeply connected with her sense of musical expression.

About the process: “ I usually start by putting colors on the canvas, start blending them and from this initial chaos, creatures, figures, plants and stories appear.” Acrylic is a quick drying medium, which forces the artist to be very concentrated in the moment, not unlike performing.  Acrylic paint also provides the opportunity to build a painting with several thin layers of color. This glazing technique, the accumulative building of color, gives her paintings their radiance and deep glow.

"This art business has been designated as a "Trusted Art Seller" with The Art Storefronts Organization, which means you can shop with confidence, and know that I stand behind the quality and value of my products."

The presence of this badge signifies that this business has officially registered with the Art Storefronts Organization and has an established track record of selling art.

It also means that buyers can trust that they are buying from a legitimate business. Art sellers that conduct fraudulent activity or that receive numerous complaints from buyers will have this badge revoked. If you would like to file a complaint about this seller, please do so here.

This website provides a secure checkout with SSL encryption.

Your cart is currently empty.

This is only visible to you because you are logged in and are authorized to manage this website. This message is not visible to other website visitors.

Below, select which favorite lists you would like to save this product into.

Enter your email below and I'll email you a 20% OFF Coupon right now!

This offer is valid for NEW CUSTOMERS only!